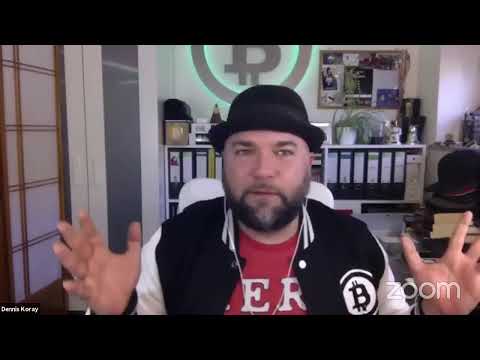 Why the Segwit2X Hard Fork will Fail

1) The entire agreement was based on the premise that there would only be 1 chain, & the original Bitcoin chain would be killed off. We all know that this is not going to happen, and the Segwit2X coin will just be another free dividend Bitcoin, with more on the way.
1) They claim to have 95% of the Hash Rate. This is not true. Some mining companies like F2Pool have already pulled out, & officially no longer support the controversial scaling agreement Segwit2X. But yet, they are still counted within the 95%. I have seen interviews with Chinese miners on YouTube who have openly said that they will carry on mining on the original chain.
2) Bitcoin Cash had an EDA (Emergency Difficulty Adjustment). Segwit2X does NOT. Therefore, if the price is low, as expected, when it launches, mining will be unprofitable on this chain. Without an EDA, it will slowly die.
4) ViaBTC (Jihan Wu is a shareholder) & Bitmain were signatories to the this agreement Source: https://medium.com/@DCGco/bitcoin-scaling-agreement-at-consensus-2017-133521fe9a77 - then ViaBTC was instrumental in launching Bitcoin Cash, which was NOT part of the agreement.
5) Wallets and Exchanges have already figured out a way to split the coins. It involves a lot more work on their part as Segwit2X currently does not have replay protection. the whole point was to have only 1 chain after the hard fork.
6) Many miners & wallets only signed the initial agreement to break the impasse, & get the Segwit part of the Segwit2X.
7) Bitwala, has backed out too. " will not actively fork away from what we view as “bitcoin”, which is the chain that is supported by the current Core dev team." Source: https://www.bitwala.com/bitwala-statement-segwit2x/
8) None of the core developers are behind Segwit2X agreement.


To reiterate, the NYA was based on the Hong Kong Agreement of 2016 in which miners and developers originally had agreed to activate Segregated Witness and increase the bitcoin block size from 1MB to 2MB. After this agreement fell apart, efforts to activate Segregated Witness were stifled by miners who chose not to signal for the necessary changes to be made to the bitcoin protocol.
At much the same time, a number of miners decided to create a bitcoin fork on the basis of the same genesis block as bitcoin, naming this coin "Bitcoin Cash" - removing Segregated Witness from that chain and implementing changes which included support for blocks of up to 8MB. Now, many users and many parties of the NYA ask when the promised hard fork to 2MB block size will happen.
Sadly, while the NYA included many industry leaders and miners, none of the bitcoin core developers subscribed to it.
Instead, you could argue that most bitcoin core developers are actively opposed to larger blocks of any size.
Bitwala doesn't employ or sponsor bitcoin developers, so we have little influence over what the Core development team does.
Should the Bitcoin developers come to the conclusion to follow the SegWit2X agreement, that chain will be considered the de-facto Bitcoin by Bitwala.

Bitbank World Tour Germany station - the first state to recognize the legal currency status of bitcoin
Bitcoin growth and development is at its most efficient and productive in the land of Beer, Sausages and cars. In this installment of Bitbanks bitcoin around the world series we visit Germany to learn about the bitcoin community and how people are using bitcoin here. Bitcoin developers from around the world call Germany home especially in Berlin where there are work spaces full of bitcoin and blockchain start ups working to use this amazing technology to change the world. There is a very supportive environment for entrepenours to work and network in the city of Berlin where you can feel the progress being made with bitcoin technology.
Bitbank was fortunate to be able to attend the latest release from Storj while in Berlin to learn about the exciting services they will be offering for storing data in a decentralized and secure manner. We encourage everyone to learn more about them and how you can also participate by sharing your unused data and get rewarded for it.
We then met one of the most established Bitcoin companies in Germany, Vaultoro. Vaultoro allows you to trade gold for your bitcoin and even to use your bitcoin miners to mine Gold! We had the pleasure to meet with Joshua the CEO of Vaultoro and he was kind enough to give us a tour of the bitcoin hotspots in Berlin!
We continued our visit to “Transistor” one of the major work spaces in Germany that supports young startups to reach their goals. There we met The CTO of Bitwala Ben, Bitwala helps people around the world transfer funds to Europe from around the world with Bitcoin. We also met Dylan the CEO of all4btc where you can purchase products from around the world with bitcoin and get it delivered to you.
It was very nice to hear from these gentlemen how they are seeing the development of Bitcoin growing in Germany.
Bitbank was also thrilled to have the opportunity to present at one of the worlds most active bitcoin meetups, the “Berlin Bitcoin Meetup”. There we met with Brian the organizer of the meetups and the host of Epicenter a weekly show that interviews people in the bitcoin and blockchain industry. The community was very welcoming and interested about Bitcoin in China and about how we could increase communication with the communities.
We finished up our visit by going to the first physical location in the world to accept bitcoin “Room 77”. If you are in Germany this is the place to go to meet the community, discuss the latest news of whats happening locally with bitcoin and enjoy a nice drink and tasty food!
Conclusion:
Bitbank was amazed at the amount of entrepenurial spirit in Germany when it comes to Bitcoin. Bitcoin is being used as a tool to build products and services that make a difference and empower people to use the benefits of bitcoin and the blockchain. Bitbank also very much appreciates the sense of comradery that is strong in the community here and wish to thank everyone for the amazing welcome we experienced. We look forward to seeing the German bitcoin community contribute to the worldwide development of Bitcoin with the drive and determination that has made this country a powerhouse in the world! Danke Germany till next time!